Over the last few years traveling through Texarkana headed for destinations in the North or the East I would see signs for Naaman’s Championship BBQ. They were cool looking billboards touting their Championship BBQ. Much of the time we would be passing through on a Sunday and they are closed or too early or late to catch them during service hours.

Once again I was passing through Texarkana on my way to Northern Arkansas… on a Sunday. No Barbecue for me. I looked over at my friend and said if they are open on our way home later in the week we are stopping. It finally happened, a few days later the sun was shining the birds were singing and the cows were mooing. We pulled off the interstate donned our facemasks, (Covid-19 Era) and were greeted with the smell of smoke and meat.

When I was handed the menu I had a good feeling the cue was going to be pretty good. I was also pleasantly surprised at the prices on the menu. Sometimes BBQ can be pretty darn expensive especially with the meat shortages we have experienced the last few months with the Coronavirus. I have been seeing brisket prices over $20 a pound lately.

They have all the BBQ staples you expect to find in a great BBQ Joint. You can get your favorite meats in a sandwich, plate or by the pound. They also offer in house Dry Aged steaks as well as pork chops. On Friday and Saturday you can get Beef Short Ribs. They have some of the classic BBQ sides like beans, cole slaw, mac n cheese and potato salad. They also serve twice baked potatoes and what they call cheesy corn. But, the star of the sides to me are the Green Beans. Their green beans pack the most flavor I have experienced with the normally plain vegetable. Our waitress wouldn’t give up the secret to the flavor profile though. Next time I will get double green beans for my sides.

When I visit a BBQ restaurant for the first time I normally get a two or three meat plate so I can get a good sample of their meats. I chose the three meat plate at Naaman’s with sliced brisket, pulled pork and their house grind sausage. The three meat plate comes with ¾ pounds of meat, two sides and two slices of bread.

If you are familiar with my site you know I love some good bark on my brisket. My slices had a nice bark with a little crunch. The brisket had a good traditional flavor, tender with a nice smoke ring. The Pulled Pork was outstanding. It didn’t have a lot of bark but it was very tender and juicy. The strands were melt in your mouth delicious. They grind their own sausage with Pork Shoulder and Certified Angus Brisket. On my plate the sausage looked a bit dry and visually not what I expect in a top shelf sausage. However, the flavor of the sausage was really good. It wasn’t dry and had that snap to the casing.

A great barbecue joint needs to have quality food and a fun, friendly atmosphere. The staff at Naaman’s was super friendly and I enjoyed bantering back and forth about BBQ. The decor of the restaurant has lots of unusual features you will want to check out. Get up and walk around after your meal and don’t pet the animals, they are already dead. You’ll notice the truck in the picture I took as well as the Jack Daniels display built into an old television. The bathroom has an old door on the vanity with the water flowing out of the mail slot. There are a couple of other features in there that young folks might have not have ever seen before.

Naaman’s has a variety of seating ranging from antique tables, high tops and benches. I recognized a couple of the tables from my childhood visiting my Uncle on the farm and eating tea cakes with my Granny. Naaman’s Championship BBQ is the kind of place you can feel at home enjoying some great food and friendly folks. 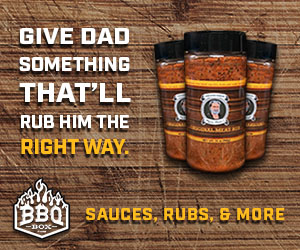